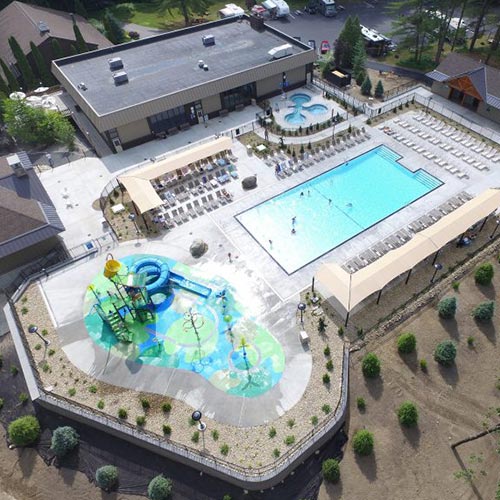 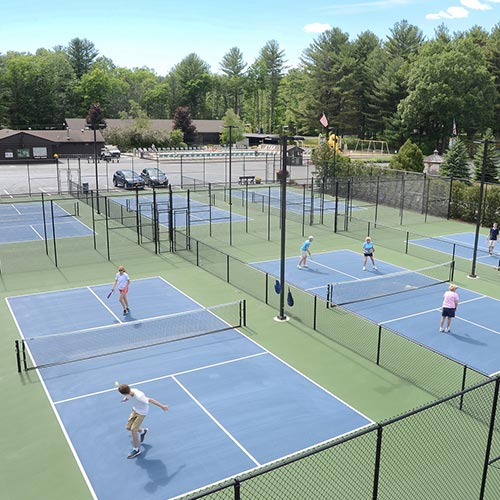 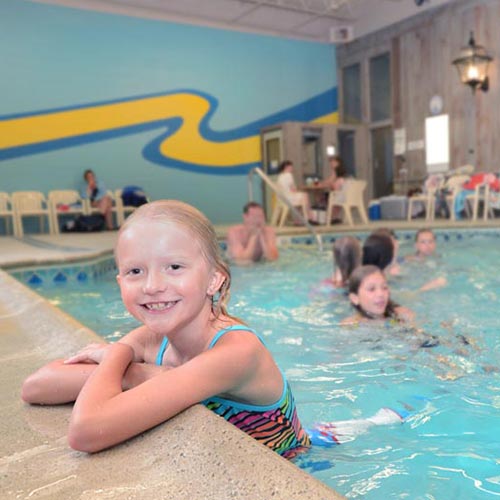 Indoor facilities at our RV Park include a fully stocked trading post, sparkling restrooms and showers, a fitness center, Playhouse, cafe and more! 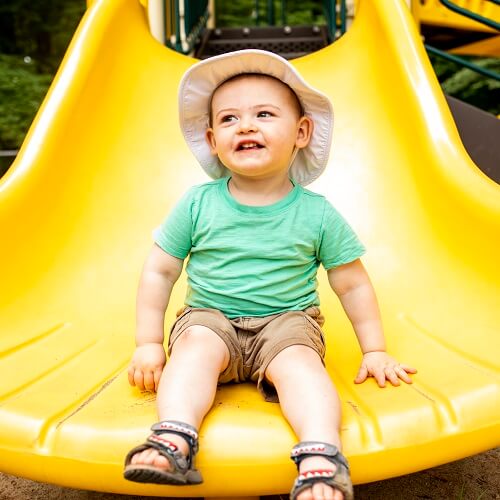 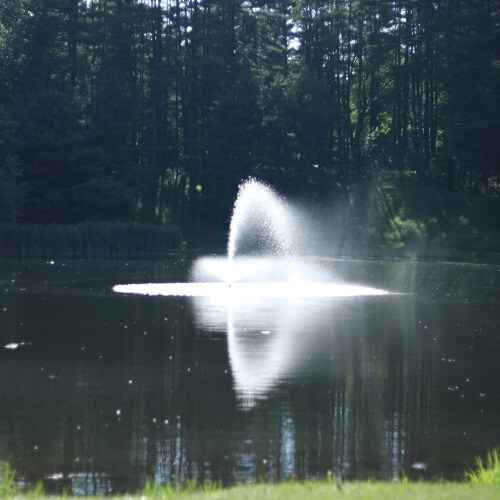 Pictures are worth 1,000 words, and video is even better! Check our our Lake George RV Resort videos… 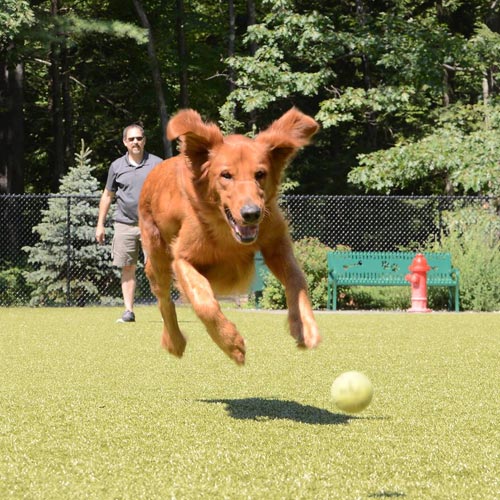 We promise that once your pooch visits Charlie’s Bark Park once, he will have you coming back again and again. 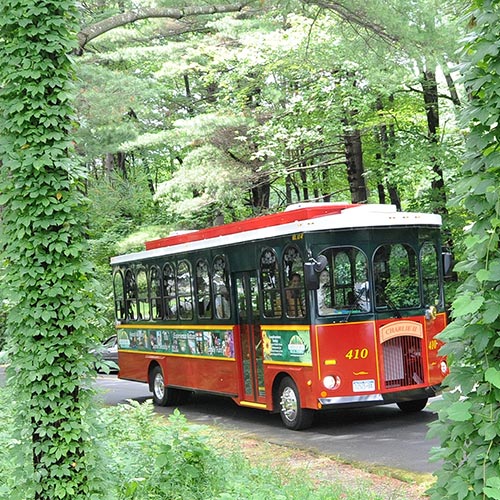 Our Lake George Trolley service is legendary! Since 1978 Charlie and Arvie have been making stops in and out of the Park – and putting smiles on faces! 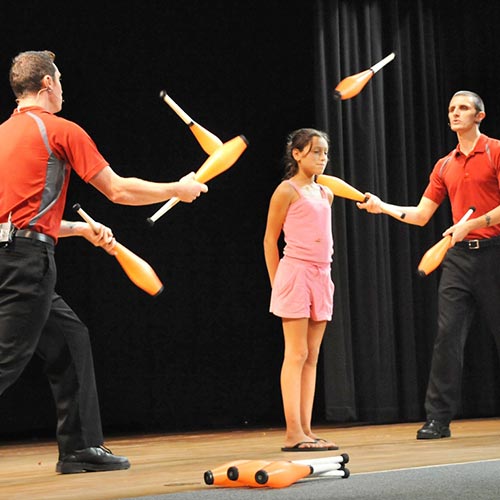 Without a doubt, the historic French Mountain Playhouse is one of the most unique and impressive attractions provided by Lake George RV Park. 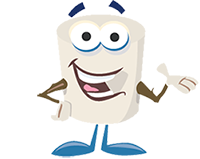 Explore the Lake George RV Park and see how we can accommodate all of your vacation plans. Not only do we offer complete hook-ups for nearly 400 RVs, we also have 24 luxury vacation rentals that let you experience the beautiful Adirondack area without sacrificing the comforts of home.

Lake George RV Park has more indoor and outdoor facilities, on-site attractions, entertainment, and amenities than any hotel or other lodging option in the Lake George area. View our guest photos and campground images, and watch our vacation planning videos to see all the different things you’ll be able to do at our family-friendly RV resort.

Don’t own an RV? No problem! Our spacious Lake George vacation rentals can comfortably accommodate a family of six. 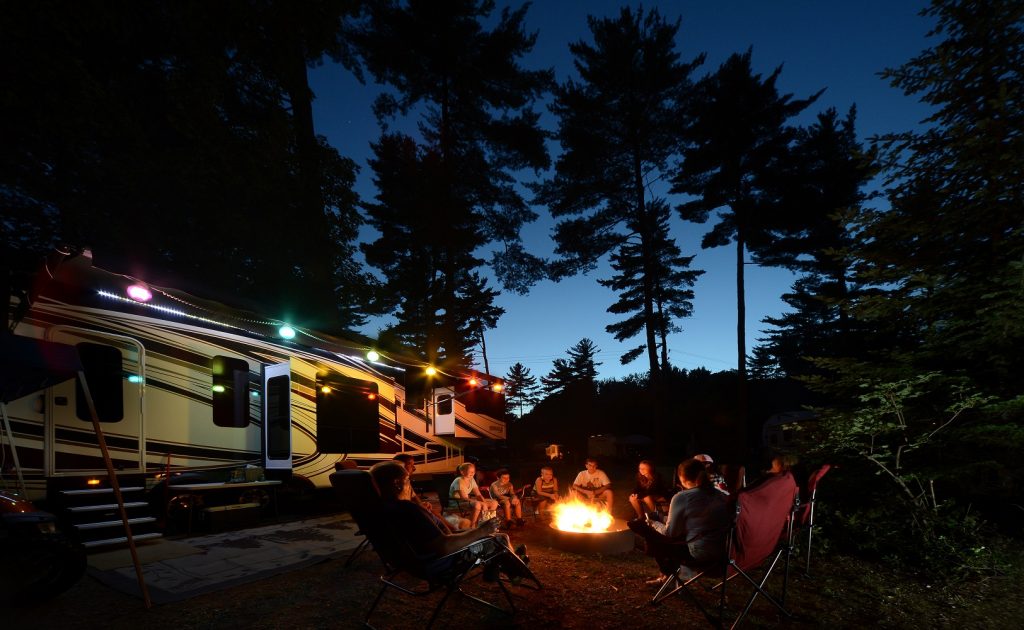 Some of the things you’ll have to look forward to when you visit us:

This was our first stay with Lake George RV and if we lived closer, it would not be our last. From the moment we entered the park to the last time we drove out, it gleaned quality. We were in an RV and only had our bikes as local transportation. The bike trail was close by (accessible from the park) and allowed a non-traffic commute to Lake George. We even made a quick ride to Wal-Mart and even that was not a big deal with traffic.

One thing we especially liked about the park was the paved roads and not the typical dust you normally see in a campsite. While there, we took advantage of the showers, laundromat, tennis courts and the paved roads to bike, run and take a leisurely walk after the sun went down. If you are thinking about staying here, my only advice would be to book early as I feel confident saying it will fill up fast in the summer months. On a side note, the two couples parked next to us said they had been staying at the park since they were children…they were in their early 40’s. Again, great place and just wished it was closer to St. Louis as we would stay there again. Oh and it looked like a wonderful/safe place to take the kiddos.