Enjoy all the enchanting and fun-filled entertainment available at the Lake George RV Park, Upstate New York’s premier RV resort in the Adirondacks. Our live talent rivals other resorts in New York and throughout the nation, plus the performances are perfect for the whole family. 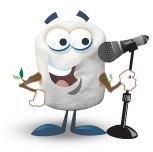 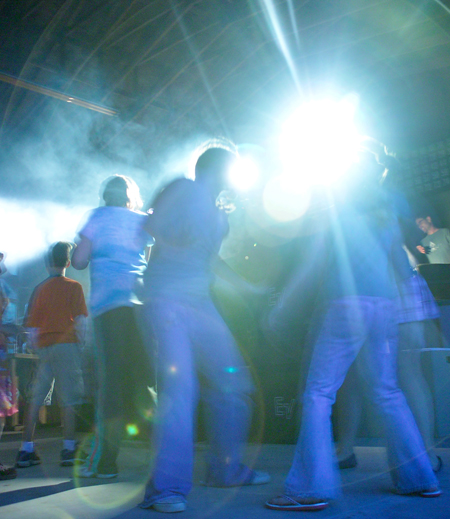 A local professional DJ presents an evening of DJ music and dancing – contemporary and oldies selections – all ages welcome. 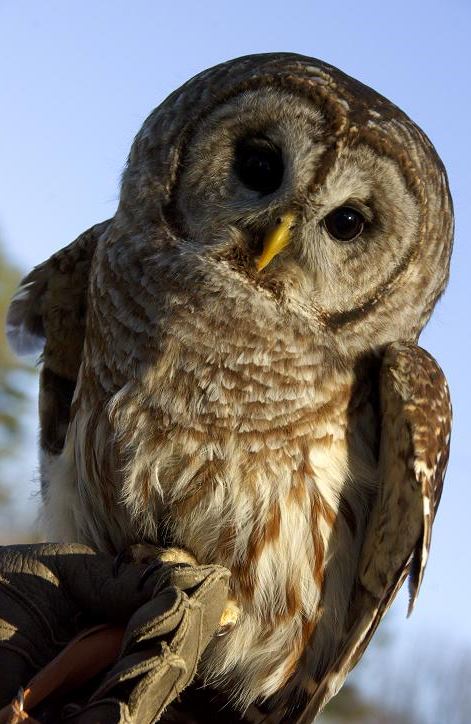 These programs allow campers of all ages to experience live birds up-close and learn about their impressive adaptations and behaviors. Wildlife rehabilitator and educator, Trish Marki, will individually lead these programs. She will discuss conservation issues that impact the raptor populations and information on what we can do to make a difference to protect and nurture these beautiful animals. 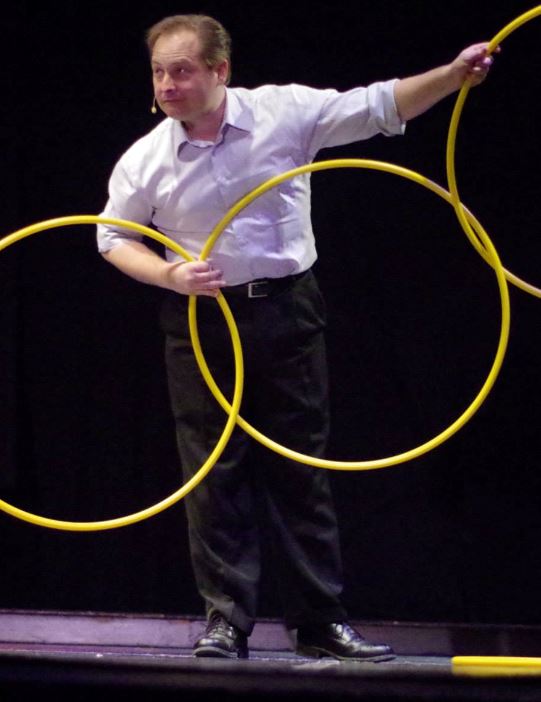 Is an exciting, family-oriented, main-stage, magic and illusion spectacular! Illusionist David Garrity and his magic team appear out of thin air, pass through solid objects, perform lightning fast transpositions and may even make someone from the audience float in the air! The performance also features audience participation, situational comedy and is set to a custom-edited musical score.​

The whole family will enjoy this evening of fun and a chance to win a shopping voucher to be used towards goods at our campground store. 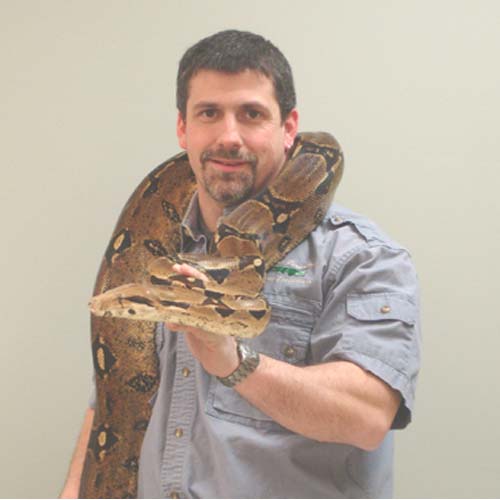 or over 300 million years, reptiles have remained feared and misunderstood by many. This Summer you’re invited to join Mark Perpetua on select Thursday’s in our Bingo Pavilion to learn more about this interesting class of animals. Turtles, alligators, lizards and snakes may be featured in this fun lecture. Mark Perpetua is a zoologist who has kept, studied and lectured on reptiles and wildlife for over ten years. This exciting presentation and educational program by Reptile Encounters will amaze and delight audiences of all ages. 10:00am 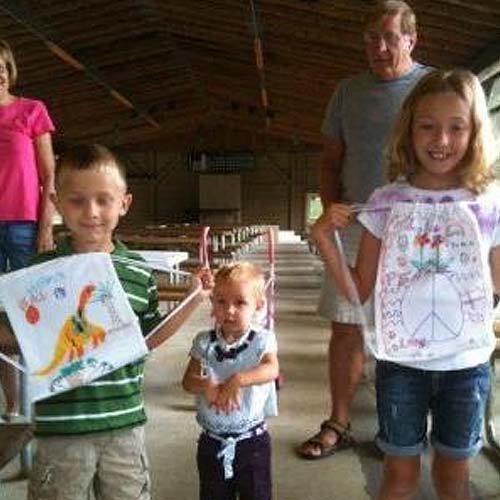 A new hands on activity will be provided for guests each week. Craft supplies are on a first come first serve basis and are offered at no additional cost. Upon your arrival check out Channel 2 on our Park Cable System for activity descriptions. 10 am. 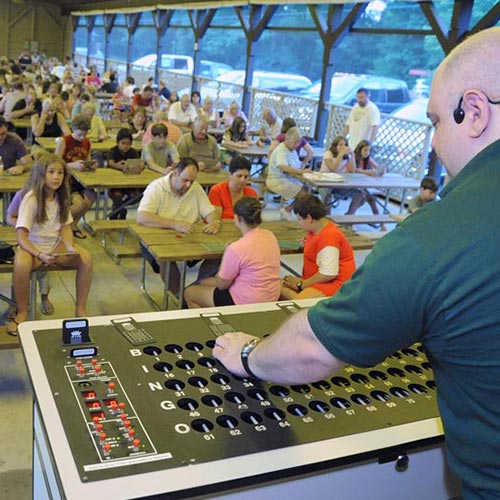 The whole family will enjoy this evening of fun and a chance to win a shopping voucher that can be used towards goods and services at our campground store. Family Bingo is held during our Summer season at the Bingo Pavilion near our main entrance. Held every Monday and Thursday evening from 8-9:30 pm. 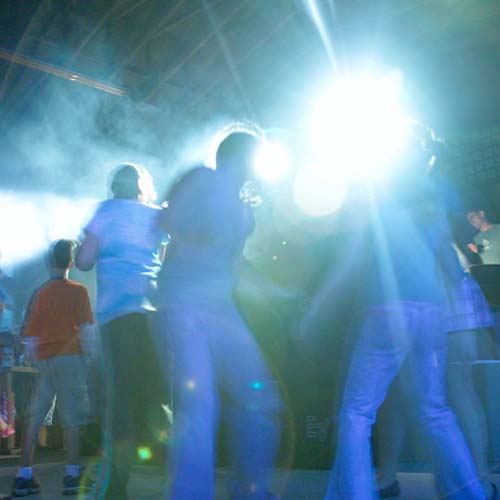 A local professional DJ presents an evening of music and dancing – contemporary and oldies selections. All ages welcome. 7-10:30 pm 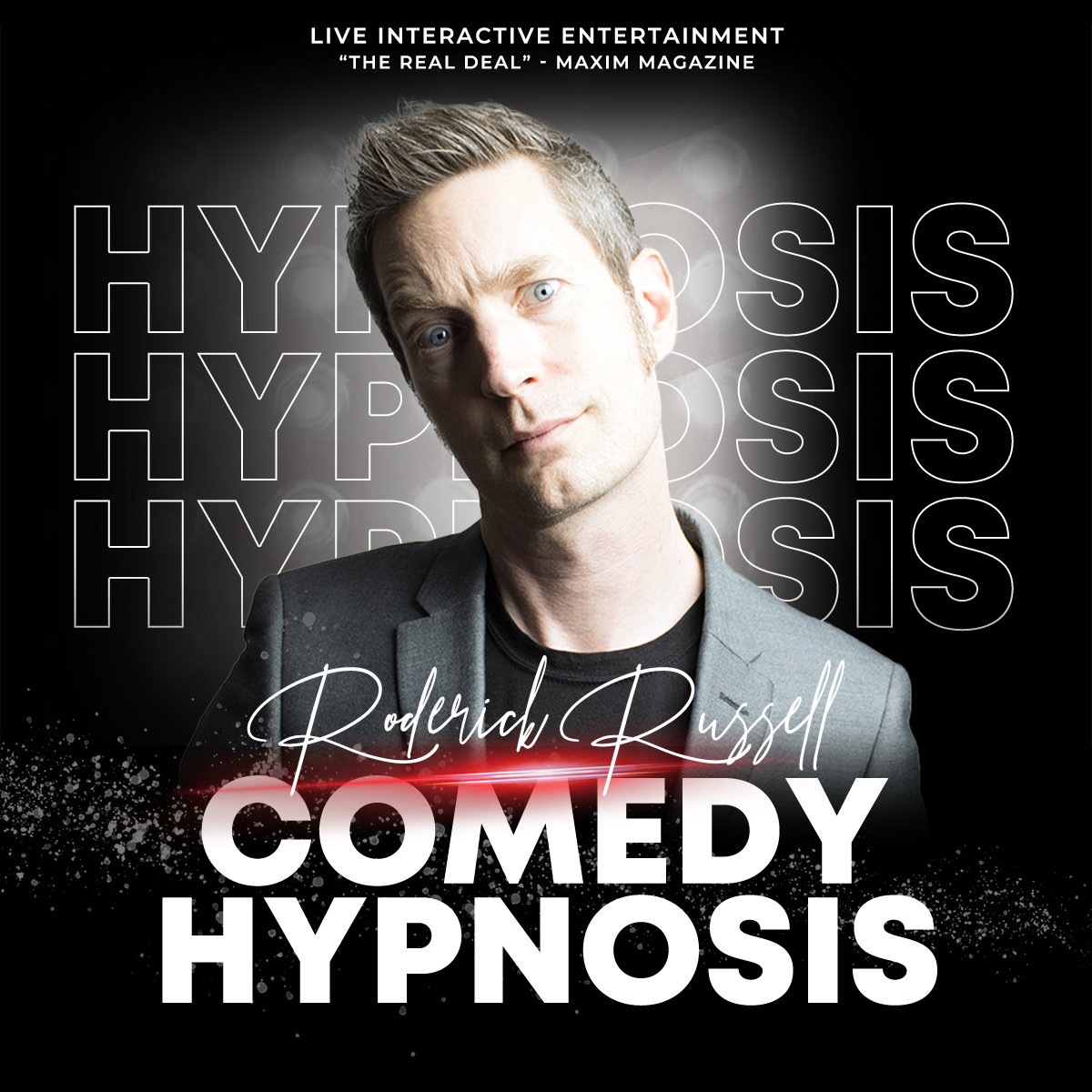 Award-winning hypnotist and Ripley’s Believe It Or Not star Roderick Russell performs one of the funniest and most mysterious shows on the planet!  A masterpiece of interactive comedy and hypnotic technique. In this completely interactive show, nationally touring artist and clinical hypnotist Roderick Russell demonstrates the power of the mind to create our reality – and will induce non-stop laughter in the process. 8:00 pm 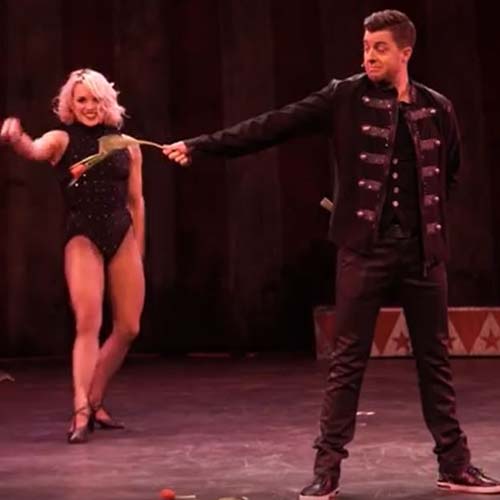 The Great Dubois' Master of Variety

Join Michael and Viktoria as they perform their fast paced, dynamic circus stunt show! The show includes aerial skills, spinning plates, hula hoops, slack wire, contortion, unicycles, juggling, comedy and more. It’s sure to keep all family members on the edge of their seats. Join the show, as audience participation is a must. 8:00pm 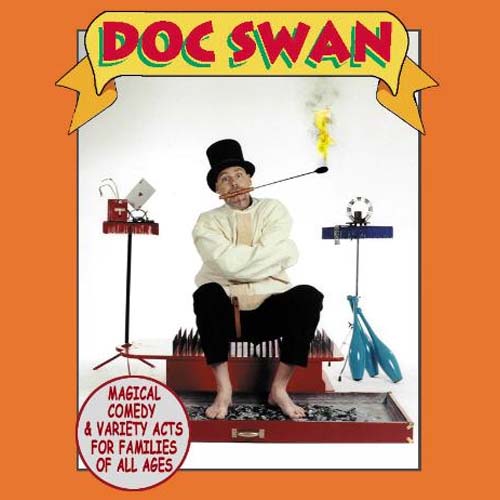 This fun variety show is packed with exciting entertainment. Experience juggling, fire eating, and chapeaugraphy. Watch Doc escape from handcuffs and a strait jacket just like Houdini and walk barefoot on broken glass bottles. Doc loves to include audience members in his show too, so be sure to volunteer! Don’t miss out on what’s sure to be a fun filled night! 8:00pm 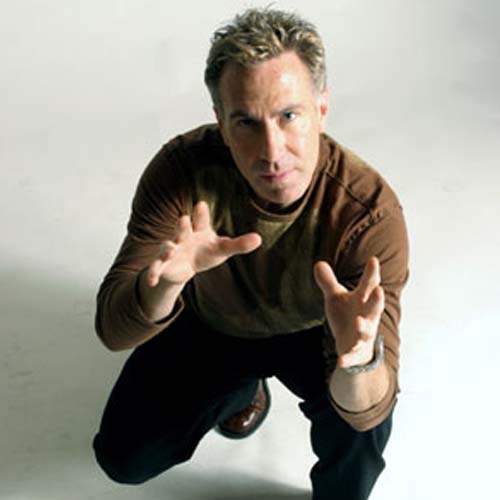 They say a Hypnotist can’t make people do anything wouldn’t ‘normally’ do anyway. Come see a bunch of people acting ‘normal’! A guaranteed blast for the whole family! 8:00pm 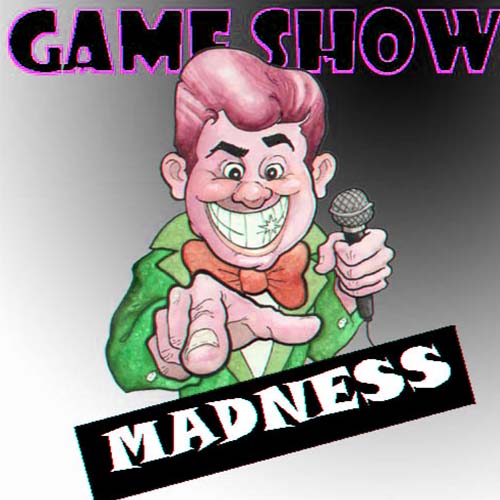 Have you ever wanted to be a contestant on a game show? Well here is your chance! Don’t miss out on what is sure to be a fun night! Using state of the art game show equipment, you will feel like you’re participating in the real thing! This show is packed with fun for the whole family. Kids and their parents will test their skills and compete for glory and cool prizes. This is NOT a trivial pursuit, but a laugh-packed, high energy show which will certainly test your brain and your brawn! Don’t worry, you don’t have to participate if you don’t want too, simply come and enjoy the atmosphere. 8:00PM 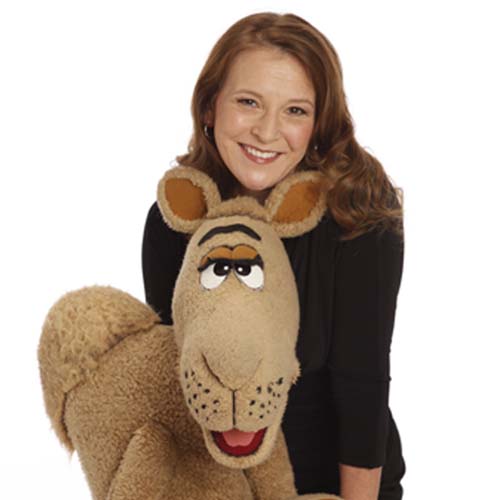 Lynn Trefzger is a ventriloquist/comedienne with a trunk full of zany characters that have accompanied her to stages throughout the country. Her off-the-wall audience interplay is riotously funny, and her performances are tailored for both family and adult audiences. Lynn (and her many voices) has appeared on ABC, TNN, A&E and Lifetime television. 8:00PM 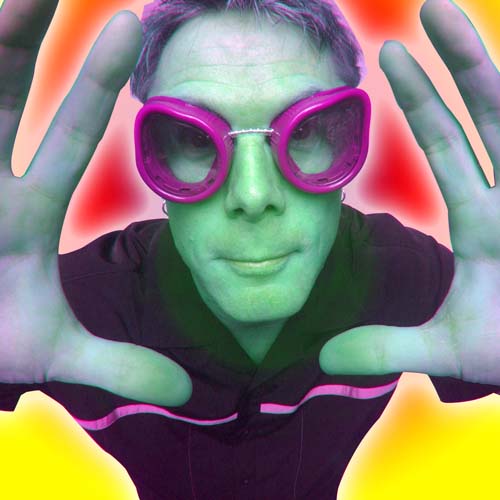 Mark Nizer has changed the way people view the world. The impossible is possible, the improbable is probable. Since winning the International Juggling Championships Mark has taken his one man show to thousands of venues around the world, including The Kennedy Center and Lincoln Center for the Performing Arts. Original comedy, world class juggling, movement, music and technology, has made Mark’s performance one of the most popular theatrical events in the entertainment market today. 8:00pm 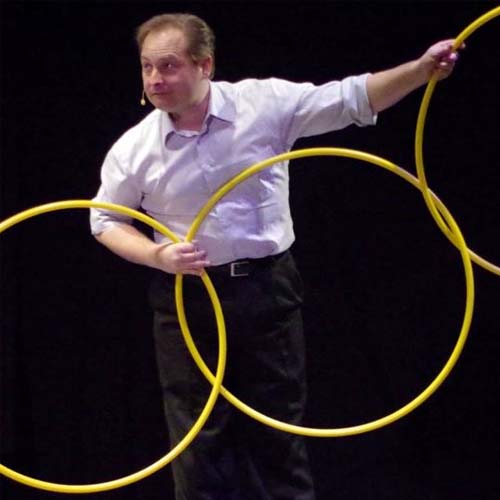 ‘IllusionQuest’ is an exciting, family-oriented, main-stage, magic and illusion spectacular! Illusionist David Garrity and his magic team appear out of thin air, pass through solid objects, perform lightning fast transpositions and may even make someone from the audience float in the air! The performance also features audience participation, situational comedy and is set to a custom-edited musical score. 8:00pm 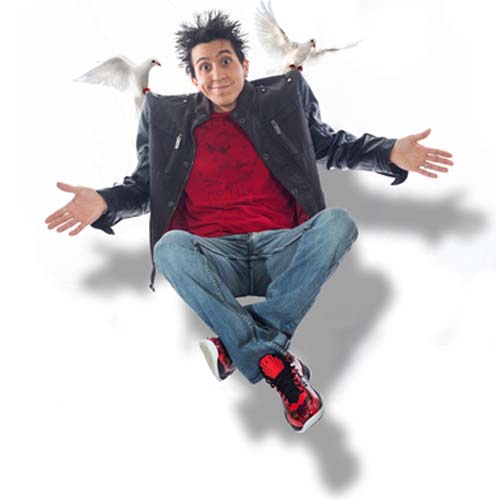 For well over a decade, Jay has been entertaining family audiences with magic that is hip, exciting, all while still remaining relatable to the young and old alike. Set to the beats of today’s chart-topping music, you will remember the Electrifying Magic of Jay Mattioli FOREVER! 8:00pm 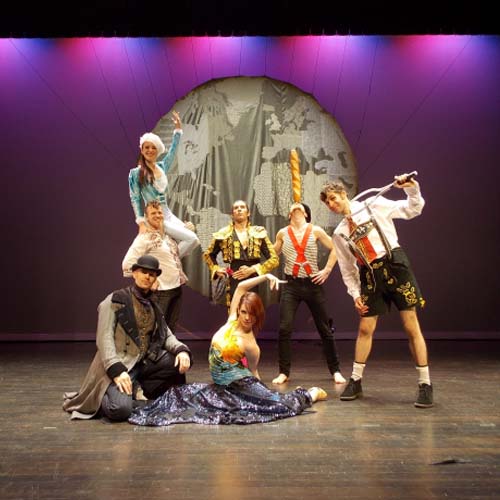 Acrobats of Cirquetacular is a heart-stopping mind-boggling display of artistry and athleticism. Discover all the wow factor and star quality of the circus tent, concert hall, and Broadway stage in one fantastic evening. Indulge your curiosities and celebrate your senses as aerialists, acrobats, contortionists, fire artists, illusionists, singers, dancers and indescribable feats ignite your belief in human potential. 8:00pm 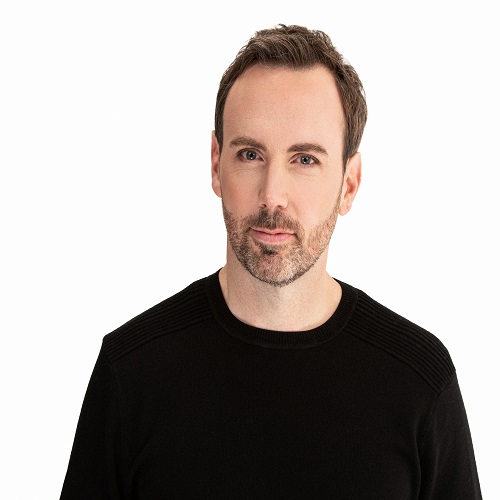 Take a vacation from reality and experience one of New York State’s best magicians. Michael Mills Magic & Illusion show is returning for another season of amazing magic and memorable illusions. Don’t miss the excitement as Michael Mills presents the magic that has made him LGRVP’s most popular magician. 8:00pm 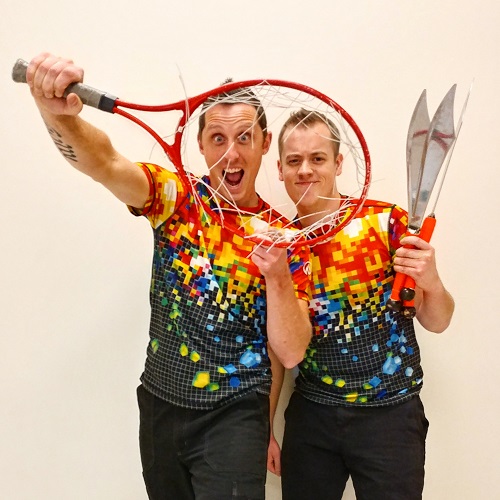 Off The Wall: Dangerously Weird Juggling and Comedy!

​What do you get when you combine dangerous stunts, side-splitting comedy, and incredible good looks? Well, 2 out of 3 of those are the ingredients that make up Off The Wall! Join Jason Tardy (juggler extraordinaire, resident risk taker) and Steve Corning (stunt master, bad with peer pressure) in this outrageous comedy experience, perfect for all ages. Watch as these two "professional weirdos" juggle, balance, contort, and light things on fire for your entertainment, all while performing some insane, one-of-a-kind stunts, that nobody else in the world attempts (nobody else is dumb enough to try them). 8:00pm 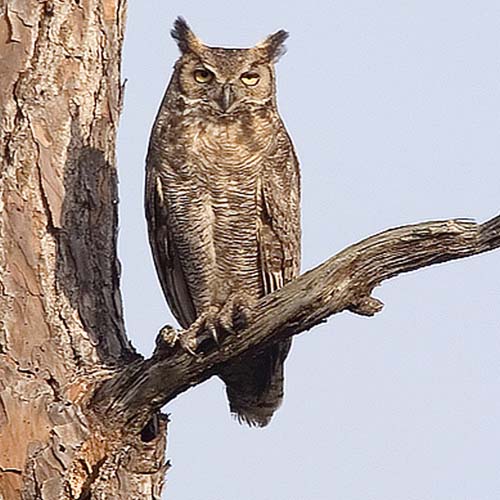 These programs allow campers of all ages to experience live birds up-close and learn about their impressive adaptations and behaviors. Wildlife rehabilitator and educator, Trish Marki, will individually lead these programs. She will discuss conservation issues that impact the raptor populations and information on what we can do to make a difference to protect and nurture these beautiful animals. 10:00am 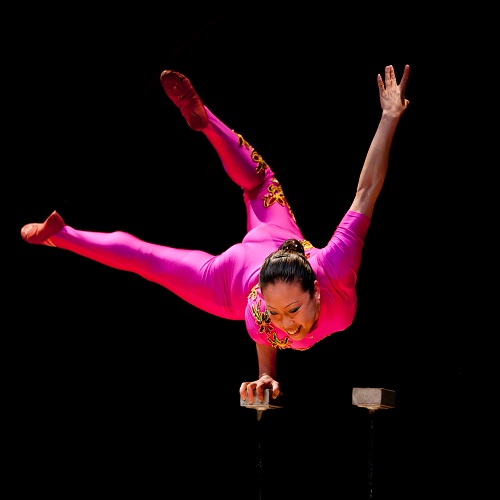 'Traditions of Chinese Acrobatics' is a one-woman acrobatic performance. Li Liu performs hand balancing, artistic cycling, plate spinning, ribbon dancing, Chinese yo-yos and foot juggling. A limited number of volunteers get to join her on stage to create an impromptu ribbon dance, and also to try their hand at plate spinning. 8:00pm 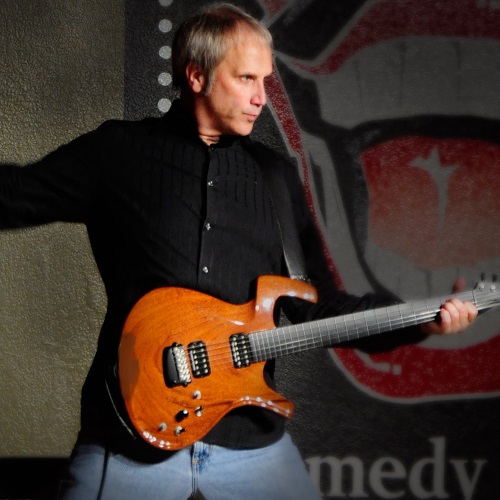 Kier's show features a gentleman who has taken his unique blend of music and comedy all over the world, but comes to us tonight from Nashville, TN, where he currently lives. He has worked with such greats as Reba McEntire, Kenny Rogers, Oprah Winfrey and many others. He only has one name... but he'll explain all that at the show! 8:00pm 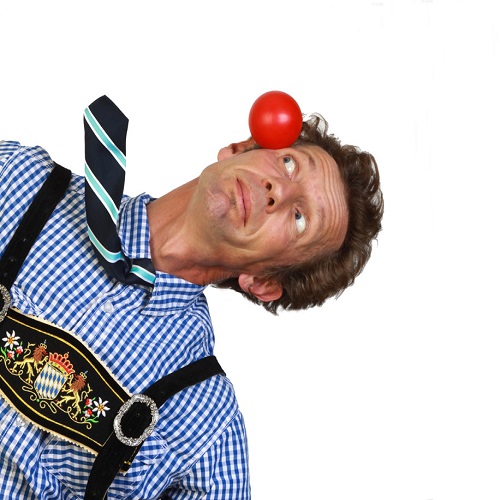 One cannot help but be charmed by his impeccable timing and extreme circus skills. You can find Hilby on top of Unicycles of all shapes and sizes, manipulating objects ranging from bowling balls to hedge trimmers. A powerful and spellbinding collage of superb technical skill and wacky comedy in the tradition of vaudeville. If you have seen him before, you know he is not to be missed. One of the most sought after performers at venues around the world. 8:00pm 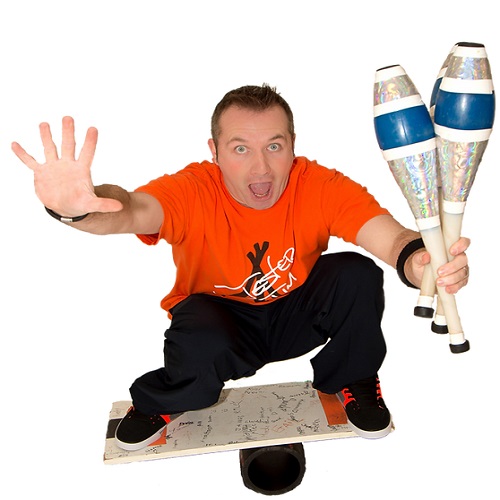 “This is not your ordinary juggling show!” With a trunk full of props and a looping machine, Jester Jim takes the stage and starts his show. Young and old will be glued to his every sound as he performs his amazing beatbox intro. Kids and adults alike will be talking about Jester Jim's wild antics for weeks! 8:00pm 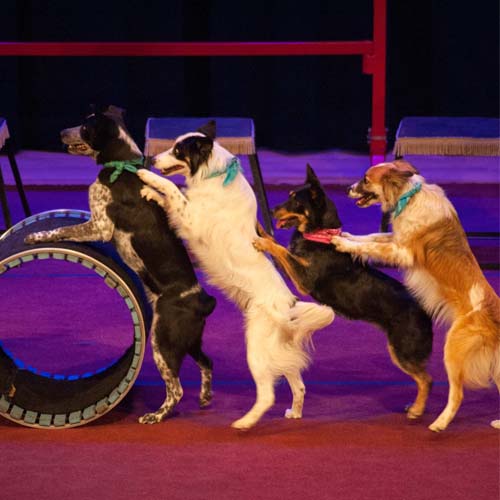 Mutts Gone Nuts is a comedy dog thrill show that promotes the adoption of rescue animals. Expect the unexpected, as canines and comedy collide in a smash hit performance, that’s leaving audiences everywhere howling for more. From shelters to showbiz, these amazing mutts unleash havoc and hilarity in a breathtaking, action packed, comedy dog spectacular, featuring some of the world’s most talented 4 legged performers. Deemed‘A Must See’ by the Washington Post, the dogs are sure to steal your heart, and then your shoes! 8:00 pm 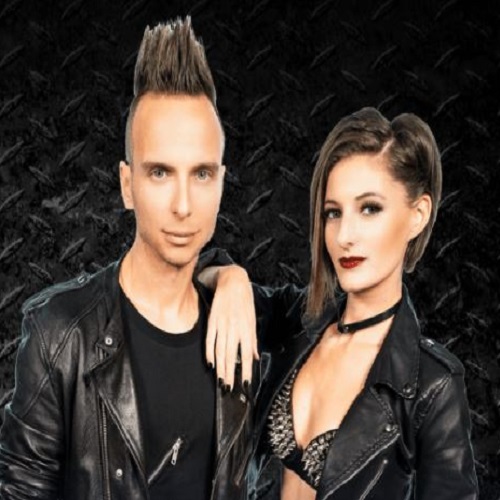 Hailed by critics as "America’s Rock Illusionist," Leon is a worldwide hit with audiences, critics, and producers. Etienne is recognized for his on stage charisma, a fast paced, high energy, rock n’ roll edge performance style, and his no nonsense approach to magic. He has appeared on the world’s biggest TV shows, trended worldwide on social media, and performs live at entertainment hotspots around the world. 8:00pm 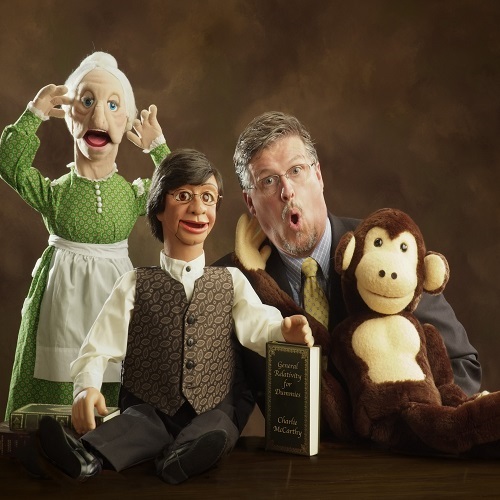 Al Getler’s many characters come to life, fascinating audiences as they laugh until their sides hurt. Don't miss out on this great show! 8:00pm

I am sure not many people without a camper or an RV would consider an RV park for a vacation destination. We found out this was an option accidentally when looking for non-resort accommodations at Lake George. This RV park has rental units (trailers) that are beautiful, updated, with fully equipped kitchens, mater with queen bed and another bedroom for 4, fire pit, Weber grill and MANY more amazing amenities! This was a dream park for the whole family (including the dog). We could not have had the kind of activities for the whole family at any other type of accommodations. There are endless activities for all ages and no extra hidden charges (except for the arcade games) The park was spotless and the staff above and beyond helpful and polite!I wish there was a way to let more families know about this park having the rental units because so many people are missing this amazing experience just because most people do not realize this possibility! We are trying to spread the word and we will make this an annual event from now on! There are not enough good words to say about our week at Lake George RV Park!!